The Dallas Junior Golf Championship is Back!

After a one year hiatus, The Exchange Club of East Dallas and Tenison Park Golf Club are proud to present the 96th edition of the Dallas Junior Golf Championship. Registration is now open for youth golfers aged 7 to 18. Sign up now. You can’t be the Champion if you don’t play!” 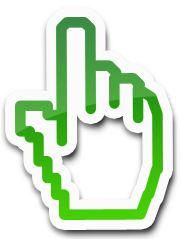 The Dallas Junior Golf Championship is the oldest tournament in Dallas.

In 1924 Jere Hayes, the sportswriter for the Dallas Times Herald, began to put together a contest that would allow boys to play in a golf tournament regardless of socioeconomic level, athletic abilities, or skill level. The tournament would be played over an entire week and at the end a champion in each age division would be crowned and receive a trophy. With a few moderations, the tournament is still true to his vision 97 years later.

Here are some interesting facts and feats of the last 97 years:

The tournament, at one point, was 2 weeks long with up to 800 contestants. The first week was a qualifying round with all participants playing 18 holes (except for the Pee-Wees who played 9 holes). The second week was when match play began.

Don January won the tournament twice, in 1947 and 1948, and went on to North Texas where he played on their NCAA Championship team.

Girls were first allowed to play in 1965.

Rowe Hart and Leo Acker are the only three-time winners.of the Open Division

Lee Trevino and Spec Goldman both played in, but never won, the tournament.

In 1973 Bryan Steigman won the Open Division and in 1974 won the Dallas Golf Association Individual Championship. The only time that this has happened.

Justin Leonard won his first tournament playing in the Pee-Wee division of the tournament at Tenison Park.